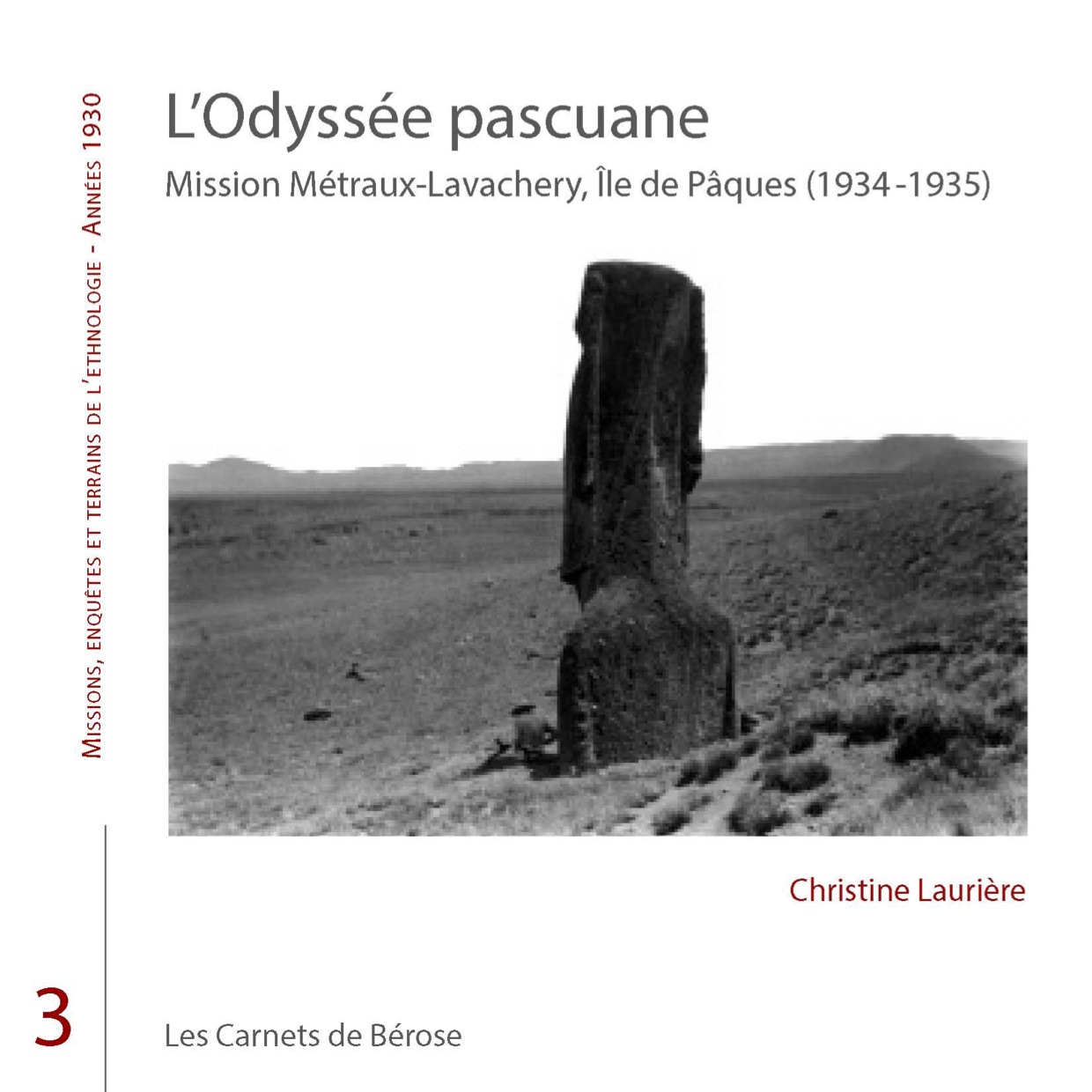 Born out of a sensational hypothesis that heralded the discovery of Neolithic writing, the Métraux-Lavachery Franco-Belgian mission to Easter Island kept all its promises, but in an unexpected way that baffled its prime exponents, in that it disowned them. At the end of July 1934, Alfred Métraux and Henri Lavachery landed in a place heavily laden with history, indigenous, colonial and scientific, which intertwined closely to confer on Easter Island the status of a lost paradise, all the more so for ethnologists eager for cultural purity and inviolate authenticity. In 1934, the two scientists had to deal with an already highly ethnologized society, an “old gnawed bone” (Métraux) that challenged the imperative of ethnographic rescue at the root of any ethnographic mission in these first decades of the 20th century. In fact, the consequences of the terrible abuses of the 1860s, the colonial situation on Easter Island and even its status as a mysterious place attracting explorers and scholars powerfully affected the way ethnographic knowledge was collected from indigenous informants – as well as the very nature of that knowledge. Bringing value to many unpublished archives, this book gives great importance to the restitution of the practical course of the mission, with particular emphasis on the quality of the ethnographic relationship established with Juan Tepano and Victoria Rapahongo. It recalls the importance of the archaeological and ethnological research carried out by Alfred Métraux and Henri Lavachery, placing it in context, namely the vigour of the controversy over the nature of the rongorongo, and the ambiguous status given to the contemporary production of Pascuan art objects. Among the French ethnographic missions of the 1930s that were carried out on pre-colonial cultures, the Metraux-Lavachery mission definitively propelled the Rapanui studies into international scientific orbit.

This book is the third volume of the Carnets de Bérose, a series of e-books published by LAHIC and the Département du Pilotage de la recherche et de la politique scientifique / Direction générale des patrimoines (ministère de la Culture, France). It is part of a set of books devoted to missions, investigations and fields of the 1930s.

Anthropologist, researcher at the CNRS and member of the Interdisciplinary Institute of Contemporary Anthropology (LAHIC), Christine LAURIÈRE teaches at the EHESS. A specialist in the history of anthropology, she is the author of Paul Rivet (1876-1958), le savant et le politique (Paris, MNHN Scientific Publications, 2008), and actively participates in the online encyclopaedia BEROSE.