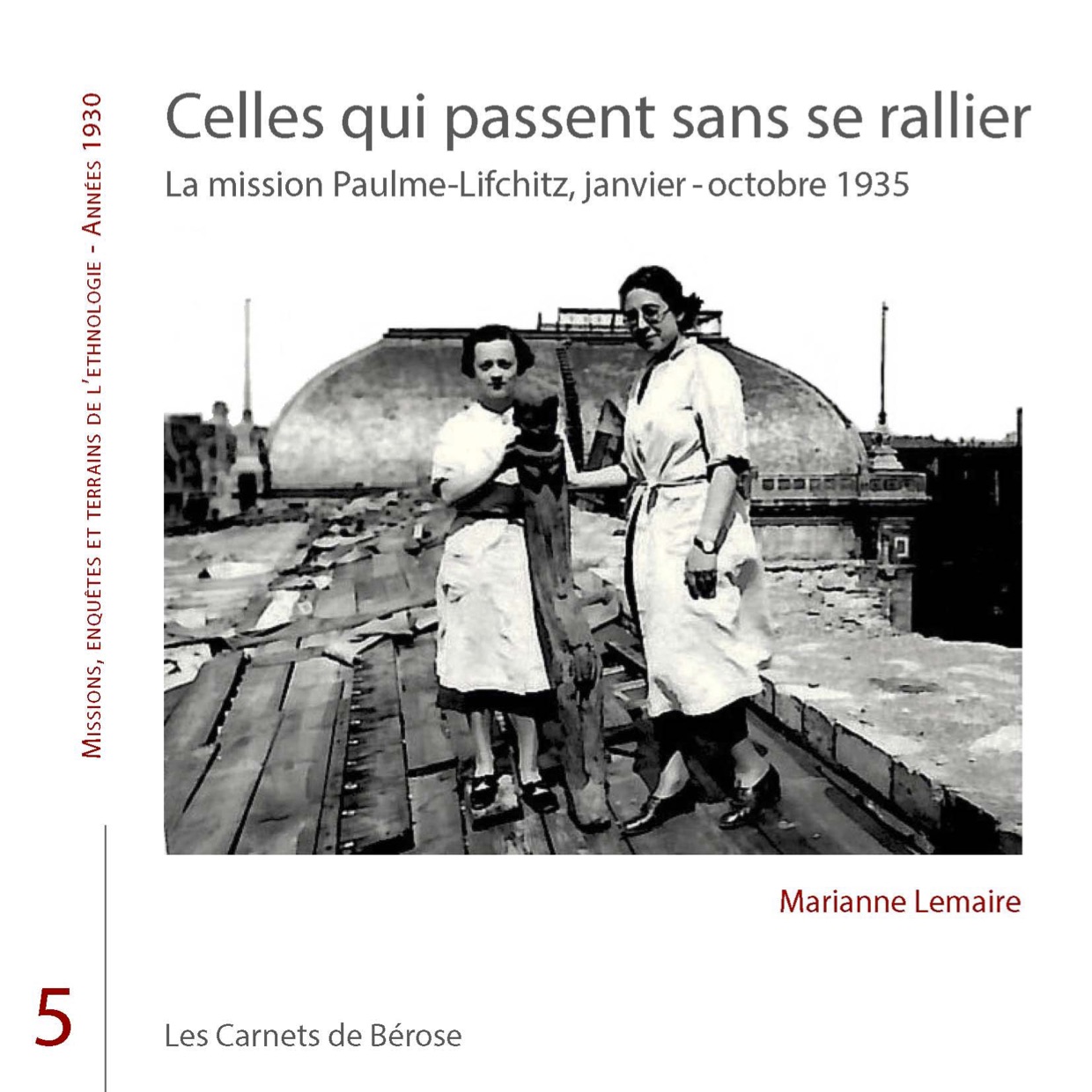 In January 1935, Deborah Lifchitz and Denise Paulme left Paris for the Dogon village of Sanga (French Sudan) along with the seven members of the Sahara-Sudan mission led by Marcel Griaule. However, the Rockefeller Foundation grant Denise Paulme had obtained, which she shared with her friend, gave them the opportunity to extend their stay in Sanga until October. The work they then carried out allowed them to impose their experience as a mission in its own right, rather than as a simple extension of the Sahara-Sudan. Indeed, if the Paulme-Lifchitz mission was not in all respects distinguished from Marcel Griaule’s mission or from other missions carried out during the interwar period, it nevertheless implemented a set of new proposals, through which the gender identity of the two ethnologists played an important role.

This book is the fifth volume of the Carnets de Bérose, a series of e-books published by LAHIC and the Département du Pilotage de la recherche et de la politique scientifique / Direction générale des patrimoines (ministère de la Culture, France). It is part of a set of books devoted to ethnographic missions, investigations and fieldworks of the 1930s.

Marianne LEMAIRE, fellow and researcher in anthropology at the CNRS, is a member of the IMAf (Institut des Mondes Africains). Her current research focuses on the history of French ethnology, and more specifically on the careers, missions and scientific writings of the many women who have practised the discipline since its institutionalization in the interwar period.