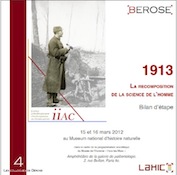 Download the note of intent, the programme and the summary of the sessions