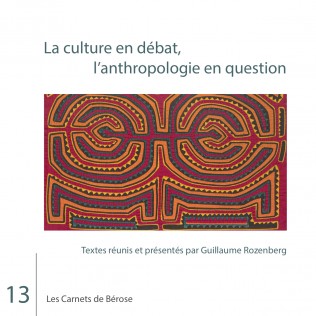 What happened to culture? Once emblematic of anthropology, the notion is now experiencing a striking process of disaffection. Anthropologists, many of whom made it their disciplinary banner, now use it – if at all – only sparingly, and even with reluctance and embarrassment. The problem of the conceptualization of culture, the erstwhile touchstone of differences between schools of thought, is no longer considered theoretically relevant. This decline follows a period, starting in the 1970s, in which anthropology trembled at its very foundations under the nourished fire of post-modern and postcolonial criticism. The notion of culture was one of the most seriously affected victims of these convulsions, not to mention the subsequent “ontological turn” that shook it even further. But did it really have the last word? On the one hand, culture is ubiquitous in the discourse of populations studied by anthropologists, on the other, some practitioners of the discipline, against all odds, defend its necessity and benefits. This Carnet de Bérose proposes the translation of a series of outstanding contributions to the controversy over “culture” to help us better apprehend and understand this key moment in the recent history of the discipline. After an introductory presentation followed by an opening text by Clifford Geertz, which offers a classical definition of culture, it is divided into four debates, each of which compares the reflections of authors with opposing positions. Some – Tim Ingold, Paul Richards, Lila Abu-Lughod, Orin Starn, Michel-Rolph Trouillot, Martin Holbraad – in one way or another call for ridding ourselves of the notion of culture; while others – Wendy James, Roland Littlewood, Christoph Brumann, Marshall Sahlins, Michael Carrithers – continue to believe in its virtues. Through these four debates, it is anthropology itself that is in question.

This book is the thirteenth volume of the Carnets de Bérose, a series of e-books published by IIAC-Lahic and the Office of Heritage/Department of Piloting Research and Scientific Policy (Ministry of Culture, France).