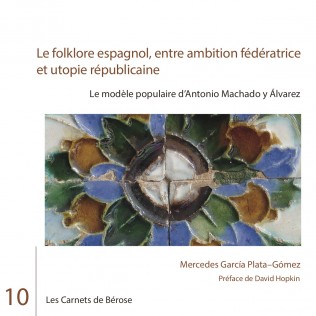 In 1881, Antonio Machado y Álvarez (1846-1893) drew inspiration from European models, in particular the theoretical assumptions and institutional organization of the Folk-Lore Society, to promote the institutionalization of ethnographic knowledge in Spain. He was raised in a family marked by liberal patriotism, progressive and scientific commitment – his father introduced Darwin to Spain – and this dual heritage shaped his conception of folklore as a discipline and his innovative approach. His republican convictions (of a federalist hue) prompted him not to choose the British model of a centralised society, but to set up a federal network of regional folklore societies which were better adapted, in his opinion, to the Spanish cultural and territorial circumstances. His love of the people – his first pen name was Demófilo (friend of the people) – also permeates his methodological approach. His emblematic tool was the creation of traditional topographic maps which, in his view, had a twofold advantage: to search in traditional memory for the sources of a more democratic history, and to connect territory and history in order to bring out territorial cultural diversity, understood as a source of cohesion and regeneration. His unifying ambition was also reflected on the European front, since he proposed the project of founding a confederation of folk societies in Latin countries to his peers Giuseppe Pitrè, Teófilo Braga and Paul Sébillot. He envisaged this as a progressive and democratic counterweight to the British concept of the discipline. This book thus places the man, his intellectual trajectory and his idealistic model of folklore in the cultural history of 19th century Spain and in the history of ethnographic knowledge in Europe.

Mercedes GARCÍA PLATA-GÓMEZ is a lecturer and conducts Hispanic research at Université de la Sorbonne Nouvelle (USPC). She is also a member of the Centre de recherche sur l’Espagne contemporaine (EA 2292), and has been actively involved in the online encyclopaedia BEROSE since 2015. Her latest work focuses on the circulation of scientific ideas and their adaptation to new contexts in 19th century Spain, with a particular focus on the institutionalization of ethnographic knowledge and its mobilization for the construction of a national imagination, as well as on the debates and challenges related to the introduction of the evolutionary paradigm.