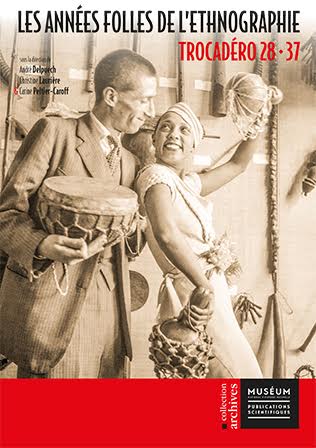 Les Années folles de l’ethnographie (The Roaring Twenties of Ethnography) tells an exciting story of the history of culture and science: the last ten years of the Musée d’ethnographie du Trocadéro before it was destroyed to make way for the Musée de l’Homme, which opened in 1938. Directed since 1928 by Paul Rivet and Georges Henri Rivière, who sealed an unprecedented alliance between science and culture, the museum underwent a profound modernization at a time when the recognition of “primitive arts” questioned the very role of an ethnographic museum. It was the beginning of the “Roaring Twenties” of Ethnography, in which an enthusiasm for the discipline of ethnology emerged. With the advent of the era of communication and advertising, the museum wanted to be its showcase. Thanks to Rivet and Rivière, ethnology was as much a part of culture (modern, Western, French) as it was itself cultural, no longer studying “primitive races” or “archaic peoples”, but cultures (traditional, exotic) that it set out to describe and understand, whose logic, symbolism and laws of functioning it sought to reveal – a proposal that bordered on provocation in a French society which had been educated in the cult of empire and France’s civilizing mission towards marginalized peoples.