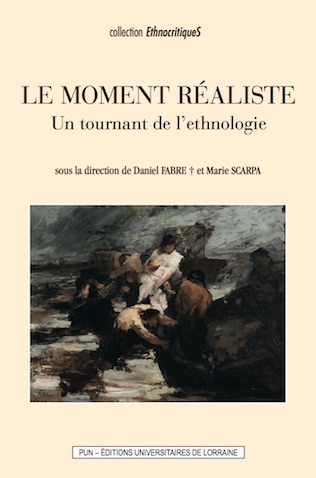 Following Savoirs romantiques (published in 2010 at the Presses Universitaires de Nancy in the EthnocritiqueS collection), this volume is the second part of the alternative history of anthropology that Daniel Fabre wanted to undertake. A history that starts from the practices of construction and knowledge of otherness (the “knowledge of differences”), focusing on the European point of view (the “others” at home) and situations where a discourse of an anthropological nature emerges in the intellectual and aesthetic field. A history that builds from the recurrent idea that anthropology is the one discipline among the human and social sciences that has retained the most affinity with literary and artistic creation. If the profound contribution of romanticism, more than welcoming the “picturesque” aspects of otherness, was to point out the inevitable disappearance of those defeated by history and progress, the realistic moment is marked above all by the critical desire to rationalize and objectify knowledge and its practices, in order to reach a truth of the social – an epistemic stand on which the different sciences of society were built and established as disciplines. It is this turning point in anthropology or ethnology that this volume proposes to explore on the basis of the intellectual and artistic movements that were contemporary with it, starting from the novel in particular, which was to impose itself in the same period as almost everything else in literary production.

Daniel Fabre passed away on January 24, 2016. This book is dedicated to him.