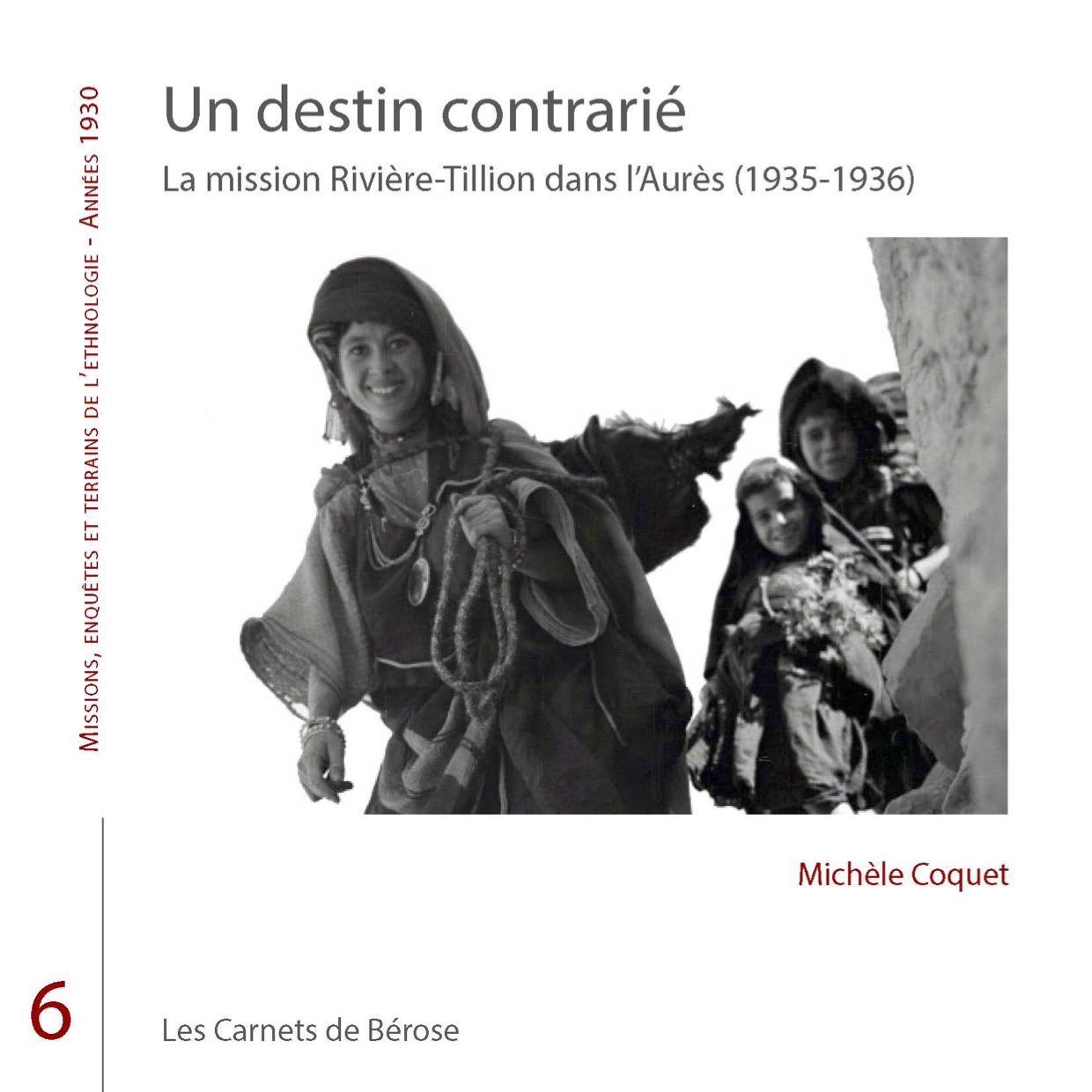 Charged with carrying out a survey on the Aurès and its inhabitants by the International Institute of African Languages and Cultures in London and the Institut d’ethnologie de Paris, then directed by Lucien Lévy-Bruhl, Marcel Mauss and Paul Rivet, Thérèse Rivière and Germaine Tillion journeyed to the Ahmar Khaddou mountains and Chaouia country in January 1935. They would stay there for two years. Many of the materials collected during this first ethnographic mission in the Aures remained inaccessible until they were rediscovered in 2006. However, some are definitely lost; Thérèse Rivière and Germaine Tillion, for different reasons (disease for one and deportation for the other), could not complete their research. The analysis of these archives – several thousand photographs, field notebooks and drawings, correspondence, mission reports – reveals how the two young women faced this first experience in the field and ethnographic practice, while meeting the requirements of their guardians who asked them to invest in fields as different as physical anthropology, botany, zoology, archaeology and sociology. Their encounter with the Chaoui people, marked by an intense emotional commitment, led Rivière to the illusion of a possible immersion into their culture, of which her photographs preserve traces. It did, however, carry Tillion, faithful as she was to the ideal of a French Algeria, to a political reflection.

This book is the sixth volume of the Carnets de Bérose, a series of e-books published by LAHIC and the Département du Pilotage de la recherche et de la politique scientifique / Direction générale des patrimoines (ministère de la Culture, France). It is part of a set of books devoted to French ethnographic missions, investigations and fieldworks of the 1930s.

Michèle COQUET is a senior researcher at the CNRS and a member of the LAHIC/IIAC. As an Africanist, she has studied the functions and uses of figurative representations in societies with an oral tradition, their role in the learning and transmission of knowledge, what their morphology reveals about conceptions of the sensitive world and the relationships between image and narrative. From a comparative perspective, her work has also combined anthropological reflection with concerns about the history of Western art. She is currently interested in the relationship between sensitive experience and creative processes. She is the author of Textiles africains (1993), Arts de cour en Afrique noire (1996), Arts primitifs, arts populaires, arts savants (2007). She has published Cultures à l’œuvre – Rencontres en art (2005, with B. Derlon and M. Jeudy-Ballini) and Enfances – Pratiques, croyances et inventions (2013, with C. Macherel).