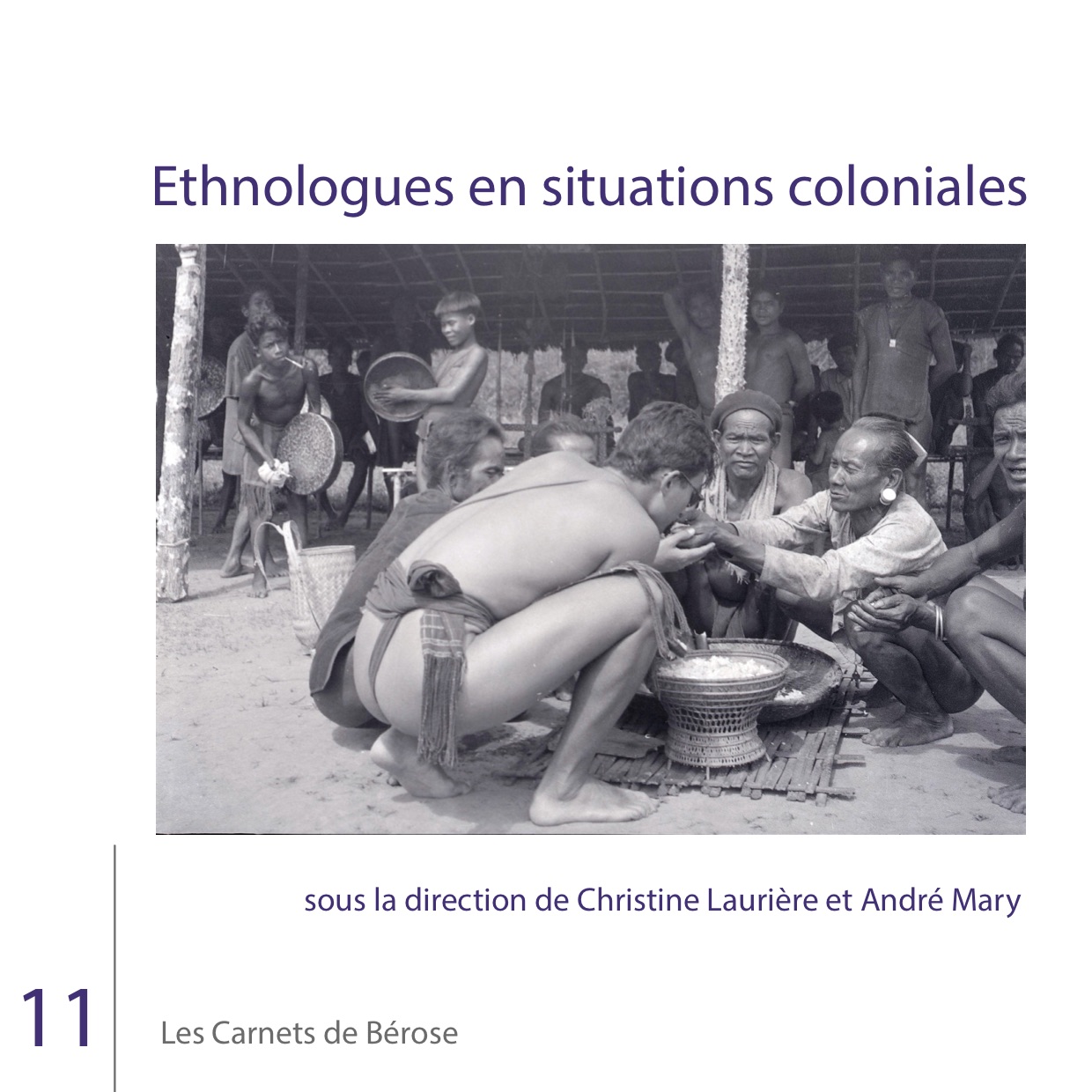 Focusing on the French ethnology of the 1930s-1960s and enriched by two articles devoted to Jomo Kenyatta and James Mooney, this Carnet de Bérose revisits the still burning question of the relationship between anthropology and colonialism. What was one of the major issues in the history of the humanities and social sciences in the twentieth century remains so in the twenty-first century. This book is based on a series of biographical essays focusing on the ethnologist engaged in a specific and dated colonial field, and aims to meet an expectation within the French-speaking editorial world. Thus, we return to the questions Michel Leiris asked his professional community in 1950: how do ethnologists assume their involvement in the colonial system? How are ethnographic experience and the responsibilities of the anthropologist with regard to colonialism interconnected? For this generation of anthropologists who have shared the experience of a world in rupture, resistance and movement, confronted with colonial wars, their own disenchantment and ambivalence, the adventure of ethnology is quickly giving way to “practical” ethnology, involved and applied, which challenges their scientific and political positioning. Michel Leiris, Georges Balandier, Charles Le Coeur, Jacques Berque, Jacques Soustelle, Pierre Bourdieu, Paul Mus, Georges Condominas, Maurice Leenhardt, Jean Guiart, Paul Hazoumé, Fily Dabo Sissoko, Jomo Kenyatta and James Mooney: so many apprentice ethnologists struggling with a plurality of colonial situations each with its own singularity, requiring us to nuance the sometimes monolithic vision of the knowledge/power relationship.

Christine LAURIÈRE, researcher at the CNRS (IIAC-LAHIC), is co-director of Bérose, international encyclopedia of the histories of anthropology. André MARY is Director of Research Emeritus at the CNRS and a member of the Interdisciplinary Institute of Contemporary Anthropology.