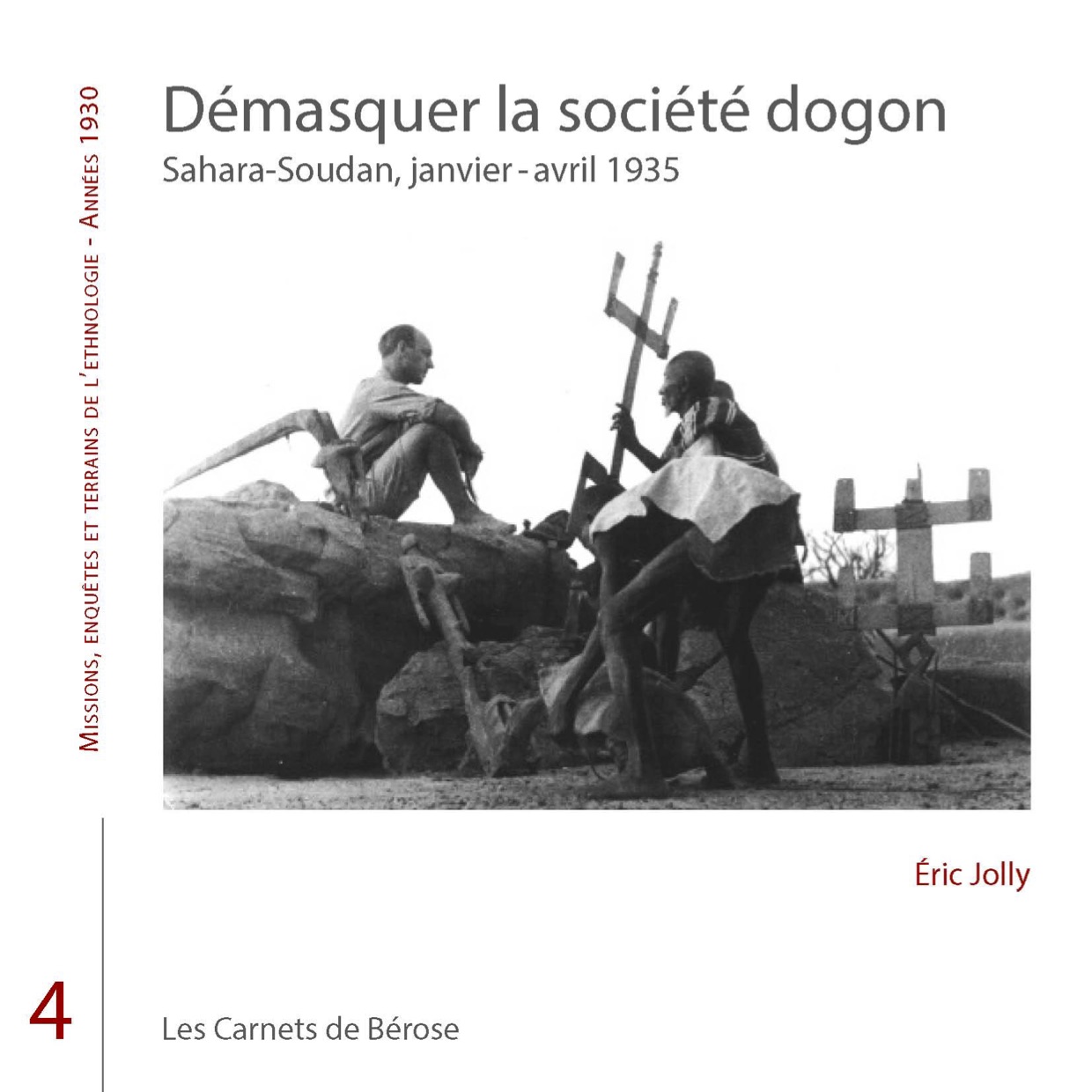 ‘Two years after the return from Dakar-Djibouti, Marcel Griaule took over as head of the Sahara-Sudan mission to complete the research and collecting carried out in Dogon country. Despite its brevity, this trans-Saharan expedition is still conceived as an adventurous exploration of African societies comprising a salvaging dimension in the eyes of ethnographers. On the other hand, the objectives and methods of the survey had changed. For this second stay in Dogon Country, Griaule and his colleagues were no longer aiming at an exhaustive inventory of a culture, but at the discovery of objects and ancient secrets hidden at the bottom of caves or “sanctuaries” which were systematically searched (after their location by aerial or terrestrial means). This new orientation – penetrating into the heart of myths and the “sacred” – did not lend itself well to multidisciplinary approaches; it encouraged the emergence of privileged informants and announced Marcel Griaule’s future commitments to promote and safeguard the traditions of an authentic Africa of which he was both the specialist and the spokesman.

This book is the fourth volume of the Carnets de Bérose, a series of e-books published by LAHIC and the Département du Pilotage de la recherche et de la politique scientifique / Direction générale des patrimoines (ministère de la Culture, France).It is part of a set of books devoted to ethnographic missions, investigations and fieldworks of the 1930s.

Anthropologist Éric JOLLY is a fellow and researcher at the CNRS and a member of the IMAf (Institut des Mondes Africains). His most recent work focuses in particular on the history of French ethnology and the worldwide circulation of Dogon cultural emblems, with an analysis of the graphic and scientific productions of the Griaule school.’